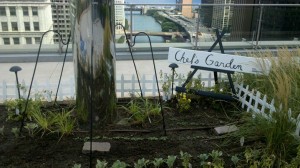 Step into the shoes of Cob Connection founder Chad Bliss and be surprised. When most executives push papers and write checks, Bliss spends his days in Humboldt Park farming and harvesting crops on the once empty lots he transformed into organic farms five years ago. Bliss and his organization change lives by engaging and inspiring local youth and ex-offenders.

“What we do is develop local food systems,” said Bliss. “When you develop local food systems, you have to look at the factors within that. We have work force development by teaching young people skills so they can be more involved in their communities and make a difference. We have micro-enterprise by selling to farmers markets, restaurants and local businesses. We have food security by showing people they are going to have food tomorrow by growing it. So it’s a very successful model. We’ve come a long way from that wheelbarrow and shovel in the beginning.”

Debuting in 2005 at a food festival and becoming a 501(c)(3) organization in 2007, Cob Connection is a leader in the local and sustainable food movement and helps drive public awareness in and around Humboldt Park.

“The biggest challenge was trying to find someone to fund us because no one really understood what I was talking about concerning food and how it is symbolic for everything like power and life,” Bliss said. “To get someone to fund it was a challenge because they thought there had to be some other kind of purpose other than teaching people how to grow their own food.” 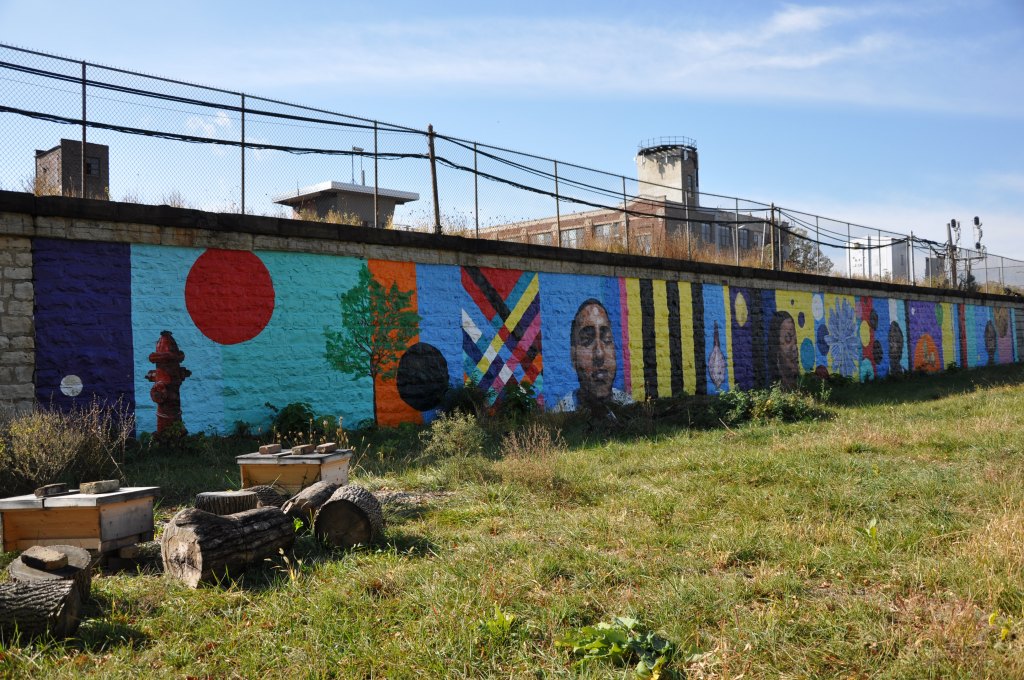 Cob Connection runs programs to jump start lives. Will Work For Food is an eight month-long job training program to help transition individuals from welfare to workforce. CommuniTree employs and trains ex-offenders in the techniques of urban agriculture and urban forestry while also contributing to their own well-being.

“One of our partners is Association House of Chicago,” Bliss said. “So we do workshops and trainings with the food pantry recipients and in return they get to come here [Crystal Farm site] and harvest food for free.”

Bliss explains that publicly harvesting food can slowly change neighborhood life and behaviors. “Conversations change and behaviors change when you set something up like this. People are authentically looking for differences and changes in their community. Whether they follow through with that or not, at least its a thought in their mind.”

Cob Connection also changes the way individuals think about themselves and their neighborhood. “It’s given me a lot,” said intern Antwon Christmas. “It’s a good thing for the neighborhood too. They don’t got to look at garbage or nothing like that. They can look at something positive instead of negative.”

Angel Alvelo, 21, said it’s done a lot for him as well. “It keeps me busy, and keeps me off the streets where I used to be. It has made a big change in my life.” 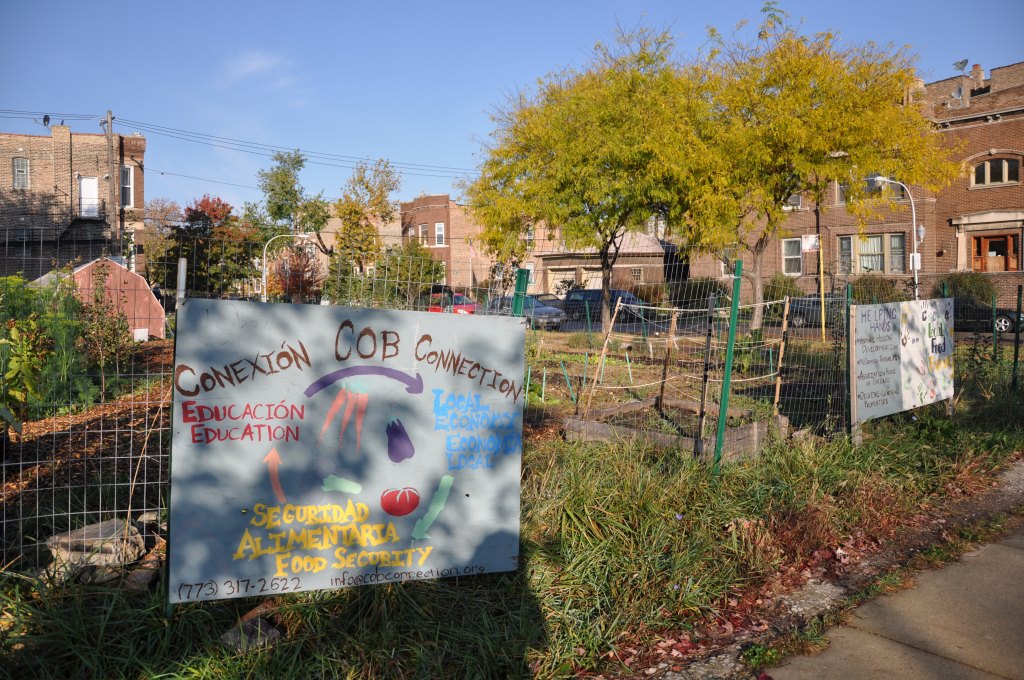 The farms are not only changing local residents’ lives. Cob Connection reaches individuals outside of Humboldt Park. “It’s a revolutionary thing for most of us to stop rushing toward a goal and just slow down,” said Cob Connection Director of Special Projects Meg Mass. “Often my job is all about the distant goals: What are we going to do next year? How do we get their? How do we find money? But the part I like best is just being here today, figuring out what has to happen on the farm today.”

Though organizers are focused on staying in the present, Cob Connection’s future is bright. Cob has an organic garden on the 16th floor of Trump Tower so that local and organic food is used at restaurant Sixteen. There are also future plans for having a sustainable Christmas tree farm in the community re-planting trees that would have otherwise been thrown away.

However, with all the prospective expansions around the city, Cob Connections’ farming philosophies and food system model stay true to its roots. “I don’t know of a farm that is doing something so large that’s keeping it so simple as far as the growing side goes,” Farm Manager Shawnecee Schneider said. “We don’t need a million meetings about how we are going to plan this farm, we just do it.”